The Latest News From Varsity Lets

How does Loughborough University rank for student living? 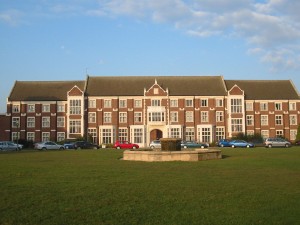 There’s always a lot of competition if you’re planning on renting a student let in Loughborough. The place has a huge amount to offer for a small Leicestershire market town, but the biggest draw in recent years has of course been the local university. This has definitely impacted the demand for property in the area, and increasingly so as Loughborough University has built up its reputation.

In fact, last year Loughborough was voted the top university in the UK in terms of student satisfaction. What Uni? runs an open survey every year to rank universities according to several different factors, and it’s entirely based on the feedback of real students. This is an excellent example of a university working hard to win over the people who matter most, and a great honour for the town.

Currently, Loughborough has earned second place in the country overall as Harper Adams University has edged into the lead. However, Loughborough remains on top for two important categories, winning the top What Uni? awards in 2016 for both its student union and its clubs and societies. For each they scored 4.7 and 4.5 out of 5 respectively, as rated by students in the past year.

Elsewhere, Loughborough is holding onto second place in the country when it comes to job prospects, on-site facilities and student support. The university scored over 4 out of 5 for all of these categories, an especially impressive feat when you look at some of the more established universities they outranked significantly. In addition to this, Loughborough was ranked third overall out of 125 institutions in the UK for the standard of its accommodation. This is a great result that reflects very well on the surrounding area and facilities.

If you’re impressed by Loughborough University’s reputation among students and you’re planning on becoming one, Varsity Lets should be your first call when looking at renting student accommodation in Loughborough. We’ll be happy to advise you on the availability of our properties and answer any questions you may have.